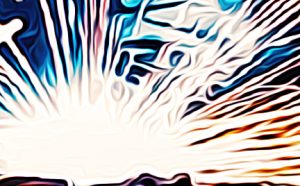 A few weeks after the incident with the shark – where we nearly lost the boat – Davies gave me a call. I briefly considered ignoring it, but since I’d forced him to do all the repairs I figured I should probably hear how it was going.

‘Sink any of my boats lately?’ I answered the phone.

‘Technically I haven’t sunk any of your boats,’ he countered. ‘Just dinged one up a bit. Also, that wasn’t me, I just—’

‘Was the idiot who attracted the shark that did all the damage?’

‘Yeah, that’s definitely closer to the truth,’ he sighed.

‘Better shape than before,’ he said, ‘but not quite ready for another tussle with a sea creature.’

‘So why are you calling me?’

‘I was wondering if you knew of a company in Melbourne that specialises in marine fabrication? There are a few extra bits I can’t weld myself.’

‘I don’t know anywhere,’ I sighed. ‘Give Jared a call, he’s tapped into that scene.’

‘Most people hate you, Davies,’ I said. ‘They’ll probably still take your call.’

‘Fine,’ he grumbled. ‘Jared then. How goes stuff on your end?’

‘The other part of my boat that you lost at sea.’

‘I thought we agreed the coast guard lost that bit!’

‘Maybe,’ I muttered, wishing he could see me glaring at him. ‘In any case, ask Jared if he has a place that sells and instals boat latches too.’

‘It’s just…’ Davies sighed. ‘Do you think it could be an email instead?’

‘Could have fooled me!’ I growled. The line clicked dead.

I sighed and rested against my workbench, rubbing my temples with my fingers – talking to Davies always gave me a stress headache, for some reason.